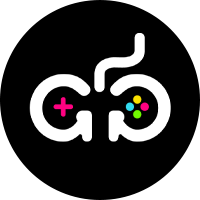 CyBall is a futuristic football-themed (US: soccer), NFT-based game where users can collect and form a team of CyBlocs and face off against other teams online, or trade and mentor new CyBlocs within the CyBall's ecosystem. Initially, the game will launch on BNB Chain with immediate plans to launch on Solana as soon as it is ready to create a multi-chain gaming environment. 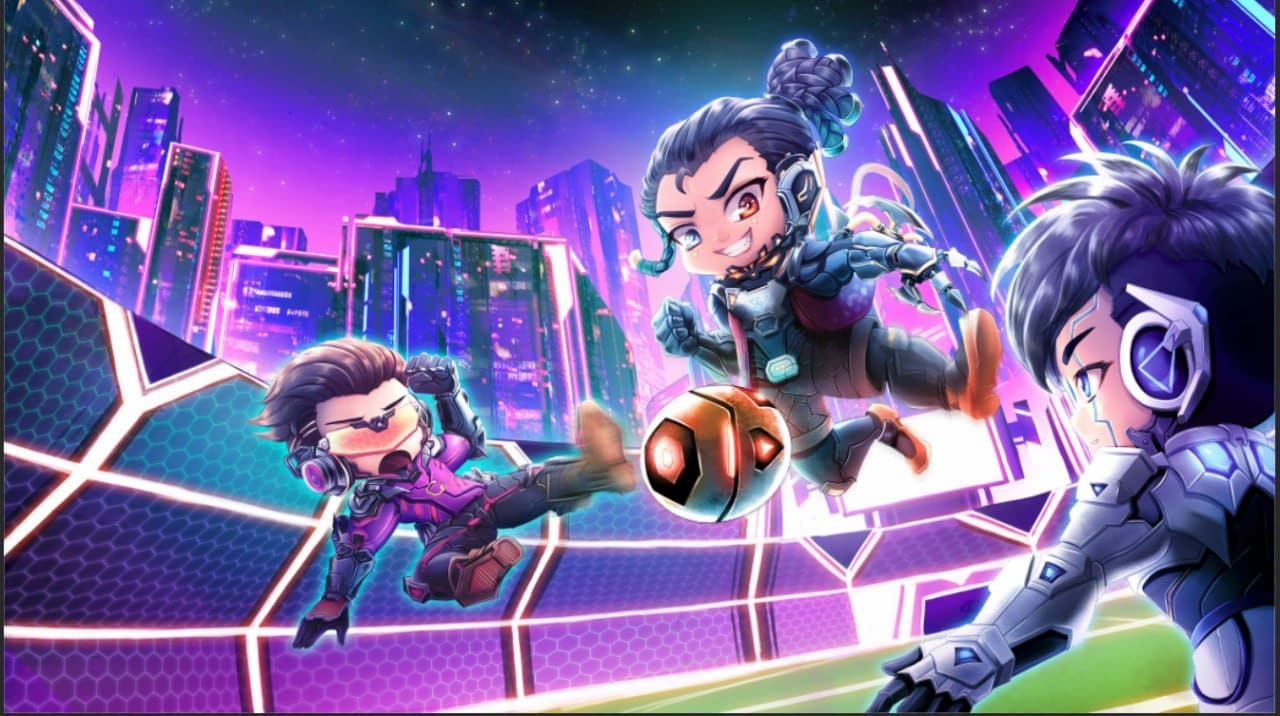 The CyBall game engine combines different elements of strategy, simulation, and chance into the form of an exciting and competitive turn-based football card game, where players compete to see who can score the most goals. Players train up their CyBlocs to compete in various game modes with varying levels of rewards. Existing CyBlocs can also mentor young CyBlocs, creating the next generation of unique NFTs. In future expansions, we aim to give players more ways to spend accrued rewards, both in CyBall and in the wider CyBloc universe.

CyBall features a Play-to-Earn mechanism, which has been made viable by blockchain economics. This revolutionary model has proven to be a major income source not only for active and casual players alike but also for NFT collectors who are looking to loan out their assets. 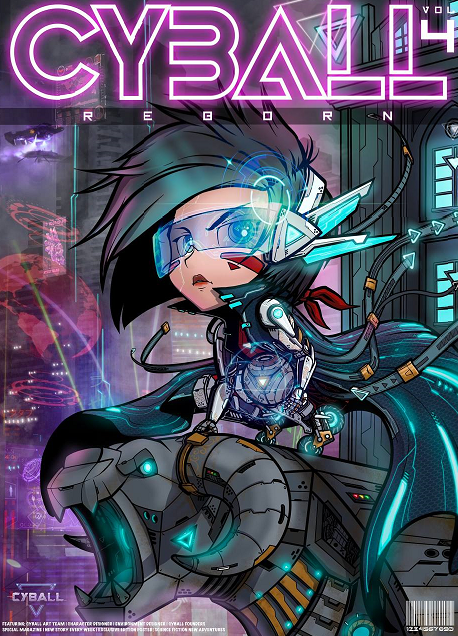 CyBall Reborn is launched in early June for Windows and Android, followed by macOS and iOS within the coming weeks once it has all the required certificates sorted out. Here are some of the several highly anticipated features after CyBall Reborn: Custom Room (so that users can play friendly matches with each other), 5v5, Training modes, Stadium, CyLoans V2, New Season of Leagues, Leaderboard reset, Matchmaking, and other balances.

In this upgraded version of CyBall, each match will now cost 6 energy instead of 3 (i.e. each account can play a maximum of 10 matches per day). The rewards (XP and CBT) from winning a match have been doubled as each match now costs twice the amount of energy required.

To play CyBall, users have to choose CyBlocs for their team and Tactic Cards, which are used to strategically affect certain parameters to help them defeat the opponent. Each CyBloc has 3 main stats: Class, Trait, and Skills. Each stat has tiers from low to high and can be leveled up by playing the game. The combination of these stats allows for an almost limitless variety of teams with unique styles and strategies.

There are several Key Events (rounds) in a match with an equal amount in each half. Users have 30 seconds to select which 1 or 2 CyBloc(s) from their team to participate in each Key Event, as well as which Tactic Card to play that turn if they have enough Tactic Power and wish to play one. Whichever team has the most goals by the end of the last Key Event, wins. If the score is tied at the end of the match, both users go into a Showdown (Penalty Rounds to determine the winner.

The CyBall game engine sets out to combine varying elements of strategy, simulation, and randomness (RNG) into the form of a turn-based card game. Users race to train up their CyBlocs to battle in various game modes: Exhibition, League, Tournaments, and Training.

-Exhibition Mode
This mode will provide a more relaxed, non-serious gaming experience where most users can practice, enjoy and earn some rewards as it will feature CyBall's primary Play-to-Earn mechanic. CyBall's matchmaking system will ensure only teams of similar average overall ratings are matched against each other to create a fair playground for all users.
There are two types of Exhibition matches:
-Exhibition 3v3
-Exhibition 5v5
-League Mode
League mode is where users compete to rise to the top of the ladder. This mode runs season by season and may be split into multiple levels to cater to teams of different ratings. At the start of every scheduled league match, team owners are required to choose which CyBlocs will participate in the match and which others will sit on the bench. At the end of each season, teams will be rewarded, as well as promoted or relegated according to their results.

From April 11, CyBall begins hosting the first of the guild leagues named Ã¢â‚¬Å“Royal RumbleÃ¢â‚¬Â. Royal Rumble Guild leagues will see the top guilds in CyBall compete against each other. Now, Royal Rumble has reached its third season and is currently underway.
-Tournaments
Tournaments are prestigious events that will only feature the best teams at the highest level of competition. To enter, users must be invited by the tournament organizers. After accepting the invitations, users can proceed to create and register their teams for a particular tournament. These lineups will remain unchanged throughout the tournament. At the end of each tournament, teams will be rewarded according to their results. Each CyBloc in the winning team will also be presented with a championship trophy, which will stay attached to their profile.
-Training
Training modes will be where users can level up CyBlocs faster and will not cost any energy. This game mode will only give out experience to CyBlocs, NOT Play-to-Earn rewards. It will be the standard PvE mode of the game with manual battles just like the PvP modes, except that opponents will be computer-generated.
4

Abbreviation for Cyborgs on the Blockchains, CyBloc comes in five (5) different classes. Class is a CyBlocs rarity. The Class determines the range of a CyBlocs starting Skill ratings and subsequent growth potential. 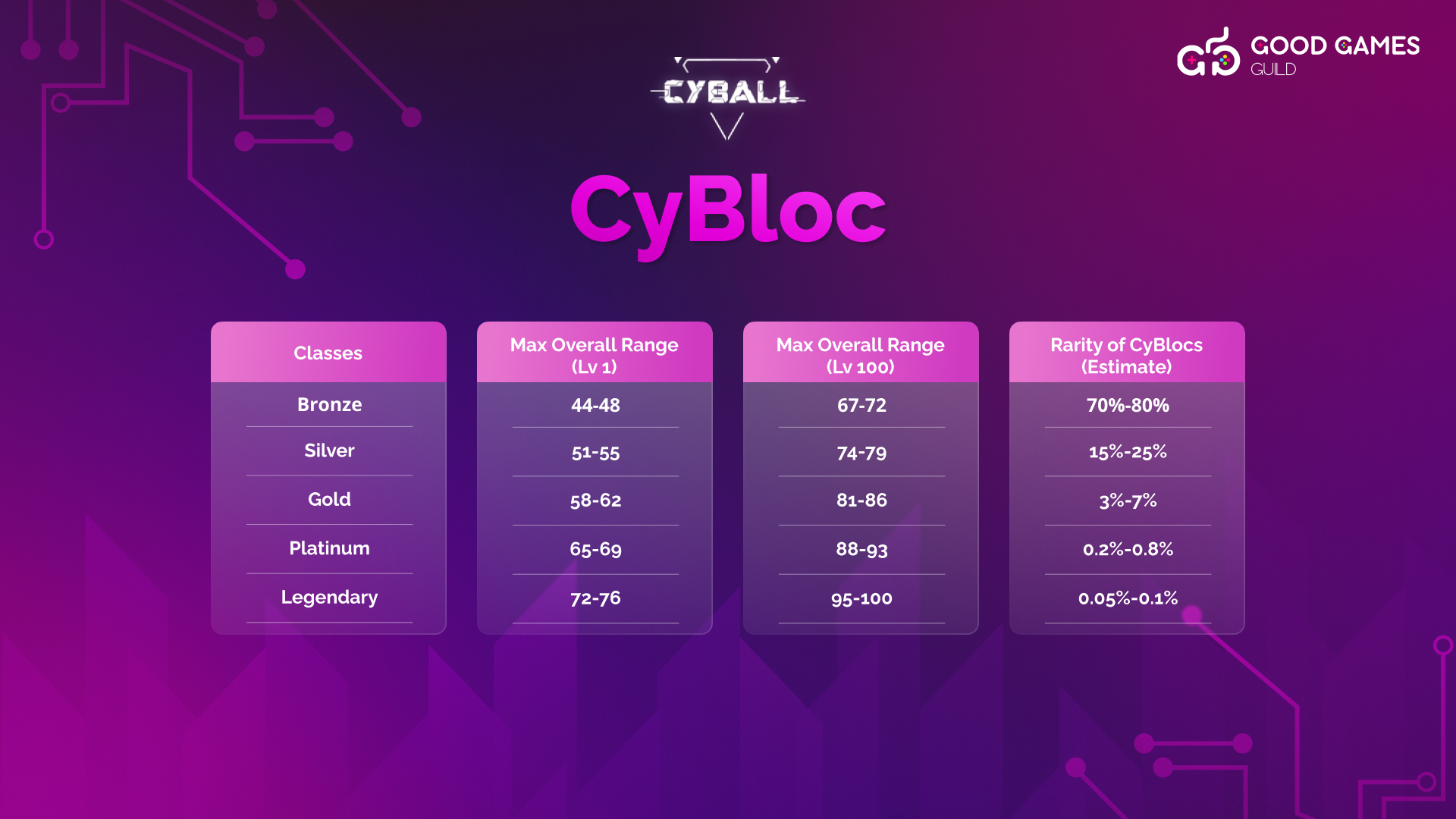 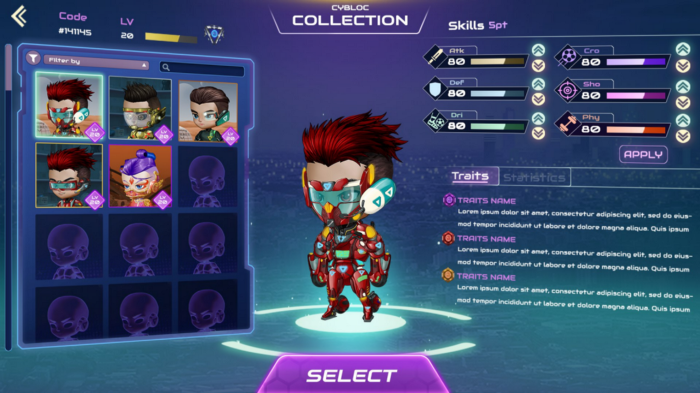 -Potions
As heavily requested by the community, CyBall will be releasing several limited edition skin sets for the beautiful CyBlocs. To start off, the first release will be the Mutant Collection, which has been meticulously detailed by the art team.

Users can buy potions and cast them onto their existing NFTs to create a whole new aesthetic. These skin sets do not carry any additional skill upgrades to start off, but may in the future. The skin sets will be sold for CBT which will then be burned, which will be one of our major upcoming CBT burn events.
-Stadiums
It is a tradable NFTs with a fixed supply that represents a home for CyBloc teams. Stadium owners will be able to customize their stadium name, design, and playable Key Events, and even adjust the advertisements and sponsorships placements within their Stadium. Stadiums will initially be auctioned off for CBT and/or CYB. 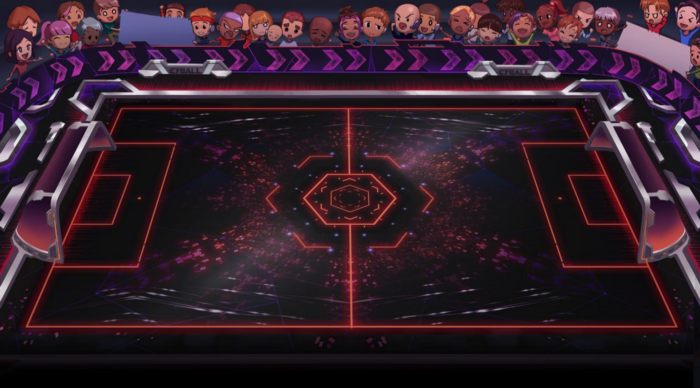 -CyLoans
CyLoans is a unique, automated scholarship feature that allows users to loan out their inactive CyBlocs to other users who have yet to build their own lineups, automates the distribution of CyBlocs, and profit-sharing with scholars. It is a clear improvement on similar systems in other games and solves the otherwise tedious and cumbersome payment process for Gaming Guilds. 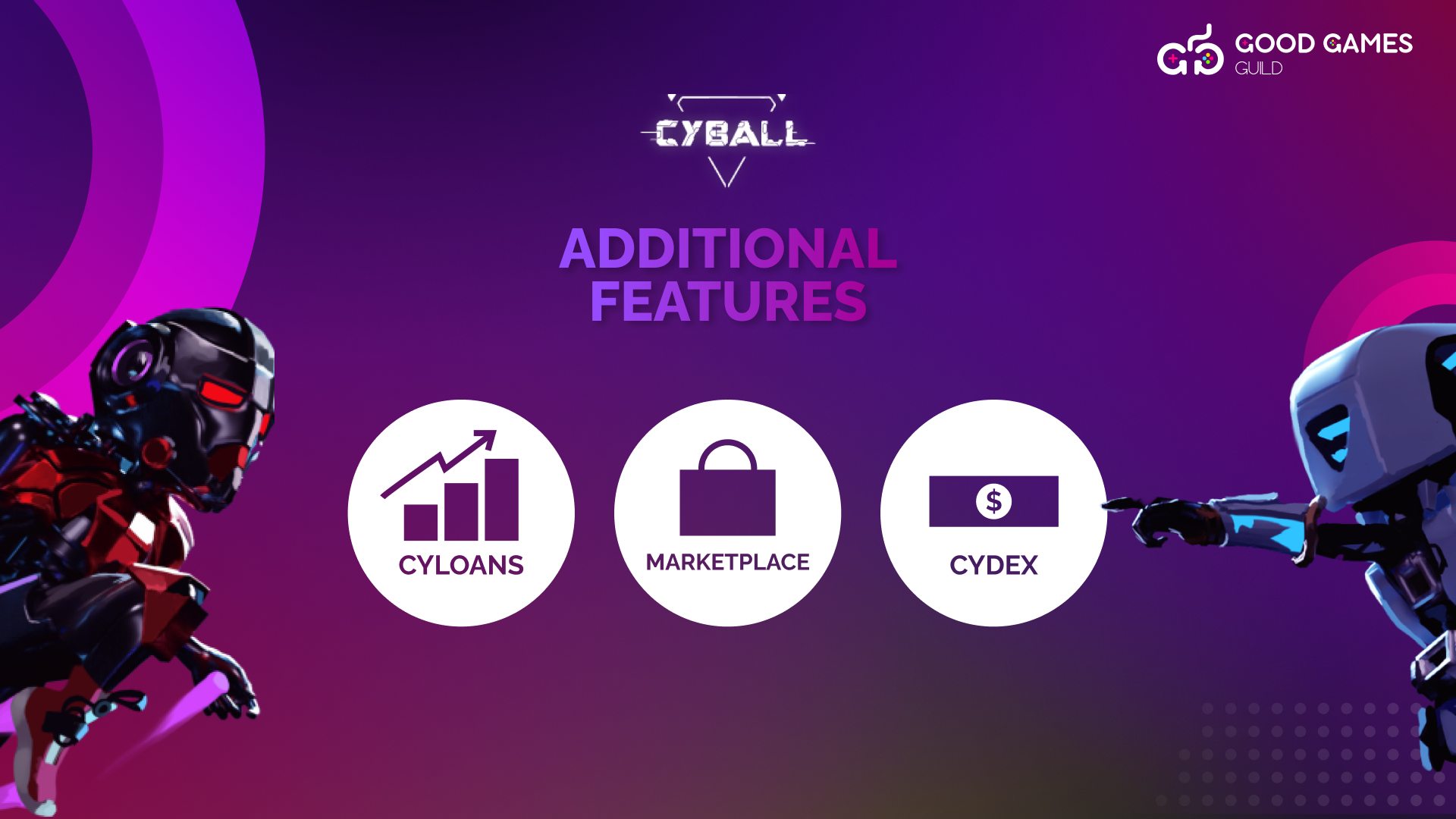 Owners of the CyBlocs for a loan can specify the revenue share or fee model as well as any other terms such as loan duration. CyLoansâ€™ renting system allows not only established Gaming Guilds but also individual investors to provide CyBall scholarships and run their own micro-Guilds. Any individual investor or player may list their CyBlocs for rent on the marketplace for a preset share of profit. This simple and highly accessible lending process can generate a more sustainable income stream for CyBloc investors than trading, which is more susceptible to volatility or even manipulation by wash traders.
-CyBall NFT Marketplace
It is an in-house market that allows users to buy and sell NFT game assets: CyBlocs, CyPods, Stadiums, CyBloc body parts, and wearables. 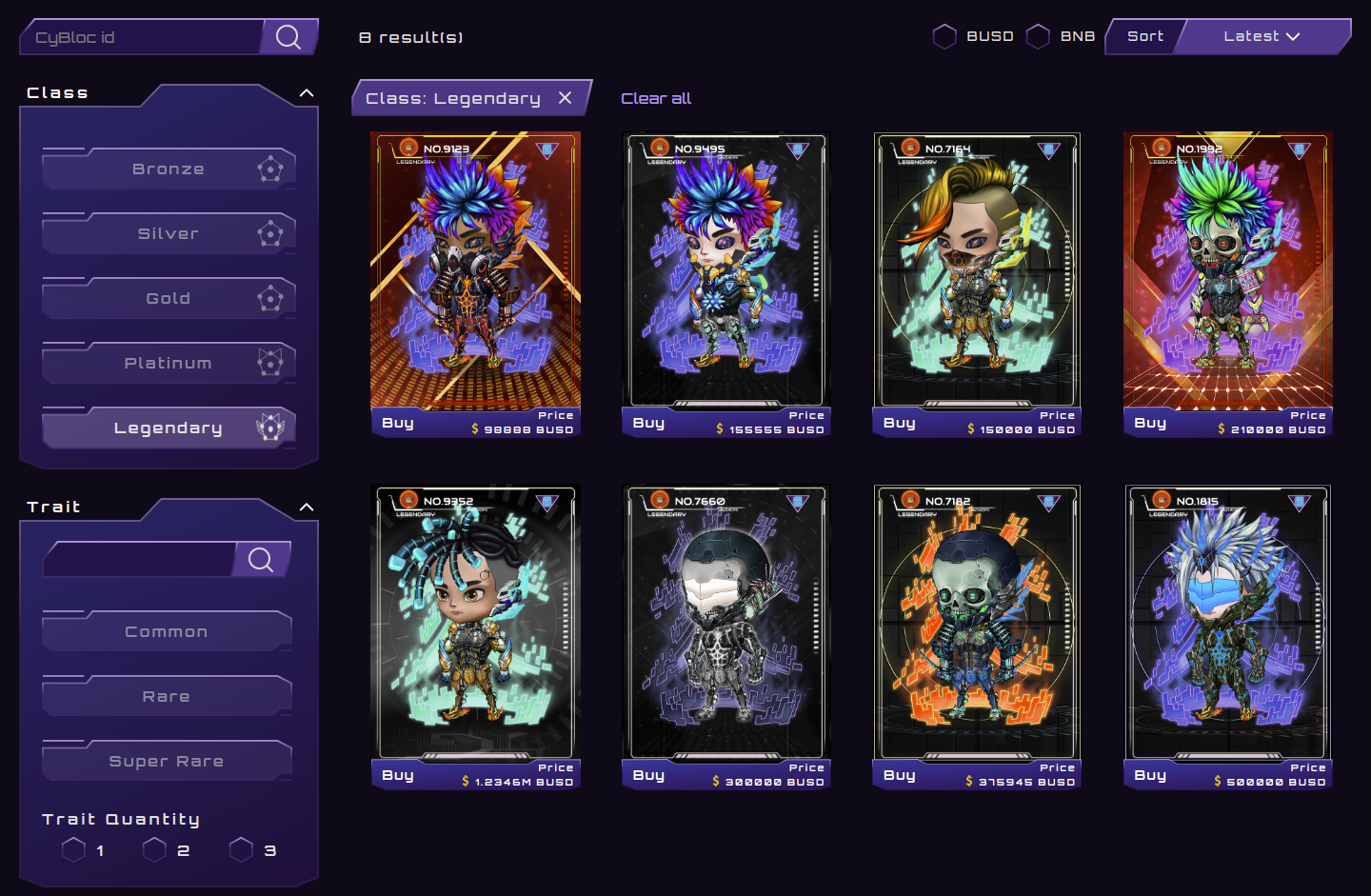 CyBall applies a dual token model with $CBT, the utility token, and $CYB, the governance token. 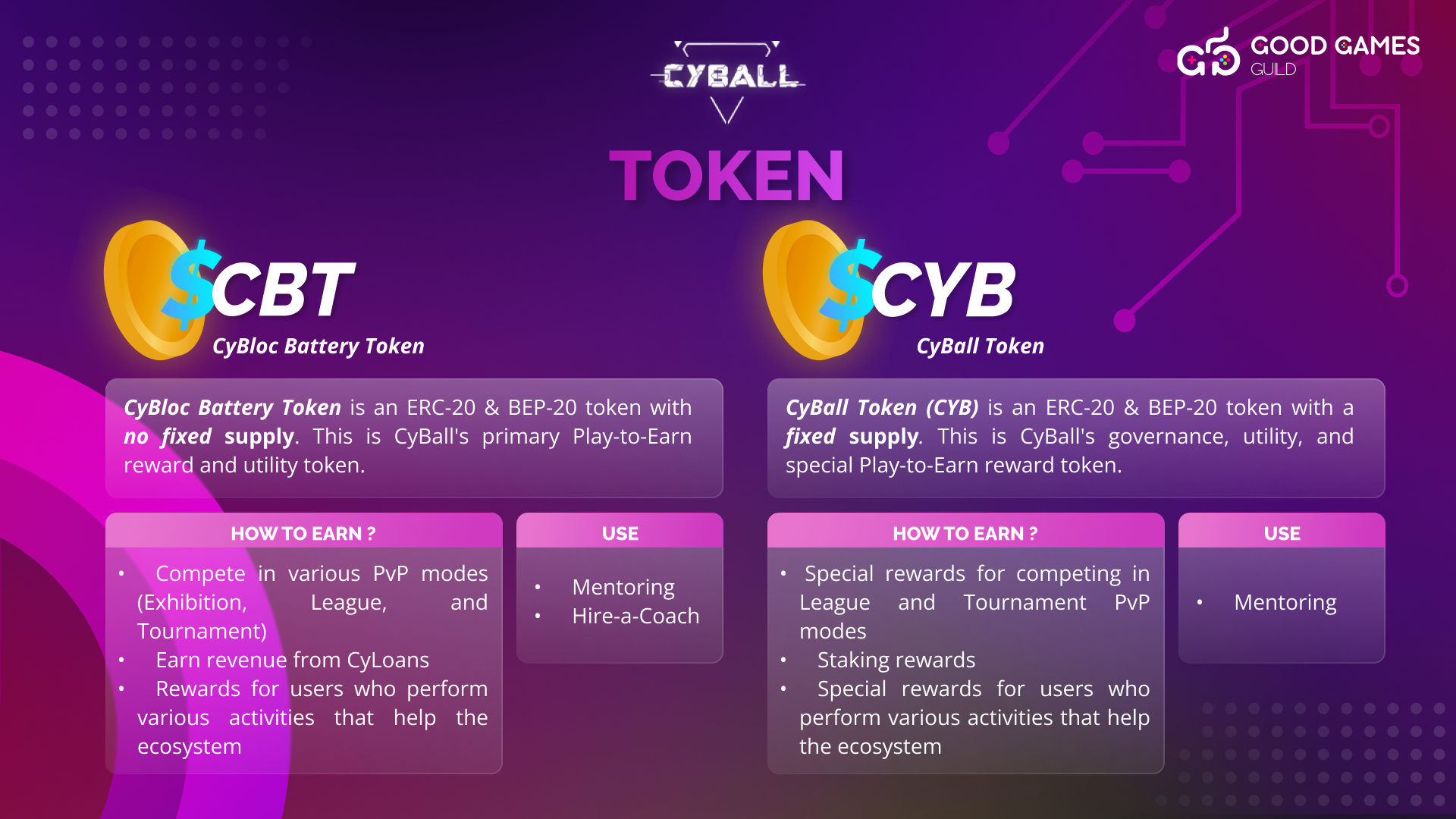 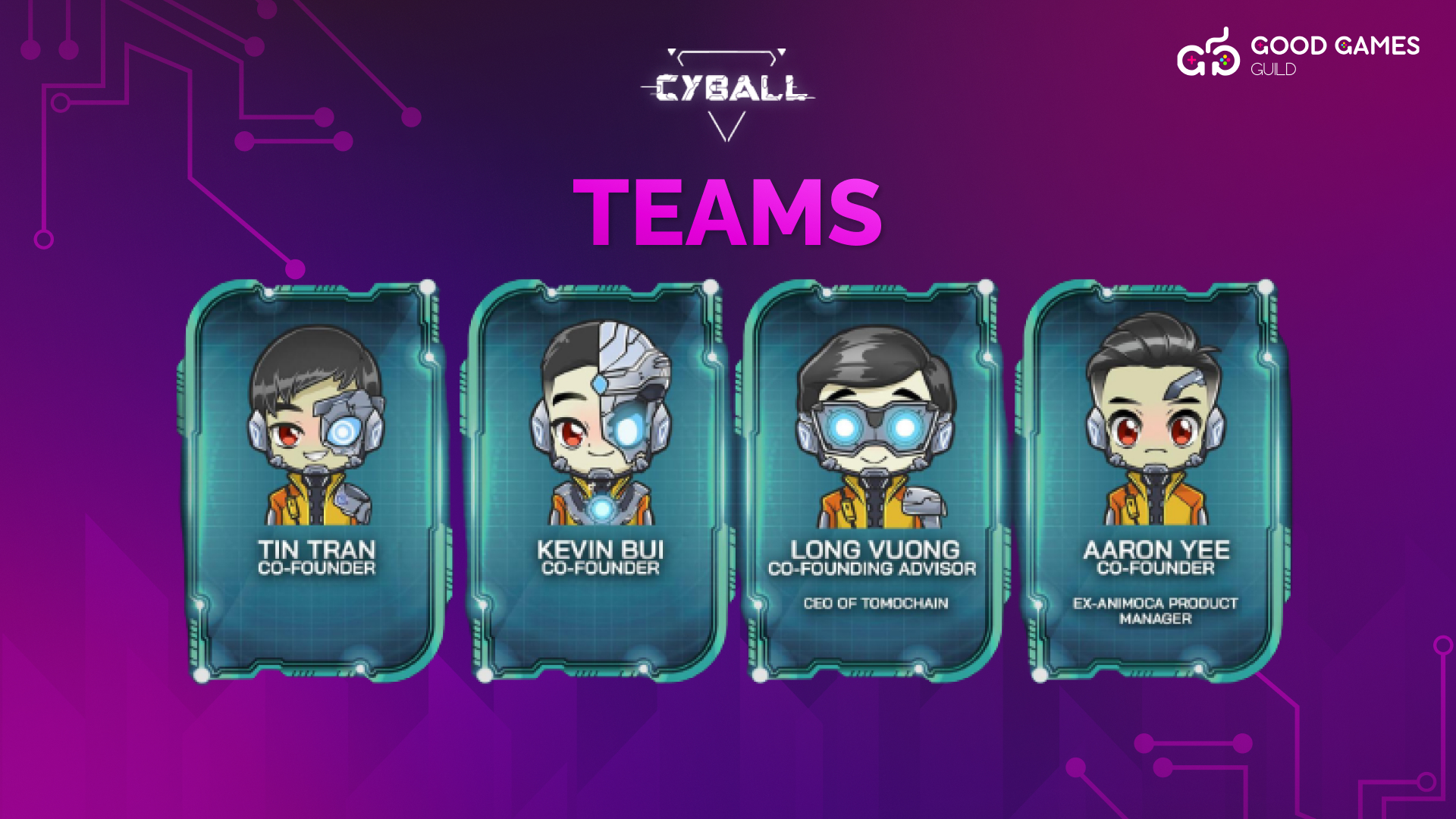 Tin is in charge of overseeing the entire technical strategy and operations between different teams from product design to development. Coming from an engineering background, he has grown into a blockchain enthusiast since 2016 and a DeFi researcher since 2020. Tin has a way of turning even the most obscure ideas into coherent plans by breaking down the key core components. His unique knowledge of game logic and blockchain economies has enabled him to foster CyBalls development and vision from day one.

Kevin brings a wealth of design, marketing, and branding expertise after founding his own successful Australian athleisure wear business. He has a keen eye for design and an even greater intuition for market trends and behaviors. Having seen the early onsets of the space, Kevin has been heavily investing his time in understanding crypto-economics, trends, and the overall industry. At CyBall, Kevin is the head of design thanks to his meticulous nature.

Long is the CEO and Founder of TomoChain. He has been developing and participating in some of the earliest infrastructures of the cryptocurrency space. As a seasoned blockchain guru and economics expert, he has also advised and contributed to several blockchain projects globally. Long is leading not just Tomochain but also other products and ecosystem strategies, notably TomoMaster the governance Dapp, LuaSwap multi-chain liquidity protocol, and Solscan BlockExplorer for Solana Blockchain. Excited about what blockchain gaming can evolve into, Long brings an extensive amount of knowledge and network to CyBall.

Aaron, an ex-Animoca Brands Product Manager, has 10+ years of experience in game development, from conceptualization to market launch. When it comes to game design and development, he has seen it all. In the early days, Aaron started as a game designer for Disneys Frozen. From then, he ventured into mobile publishing for Animoca Brands, where he was in charge of sourcing games and merging them with popular IPs. After a short stint at SoftBank, he is now back in the gaming industry and is currently involved in multiple crypto gaming projects. At the time of writing, CyBall has 60.9K followers on Twitter, 89.2K members on Discord, 16.4K members on Telegram, and 1.2K subscribers on YouTube. The team responds quite quickly on both Discord and Telegram to questions and problems raised by the community.

Besides the typical Discord channel discussions around gameplay, feedback, strategies, bug and price discussion, there are also fun channels for memes, fan art, and game. Members from non-English countries are also accepted and given their respective channels for an international chat.

Furthermore, CyBall concentrates on interacting with the community, including hosting interviews, AMA, Fan-art Competition, Bug Bounty Program, and Global Streaming Event. There are also community streams that are great for players to socialize and share their experiences playing CyBall. 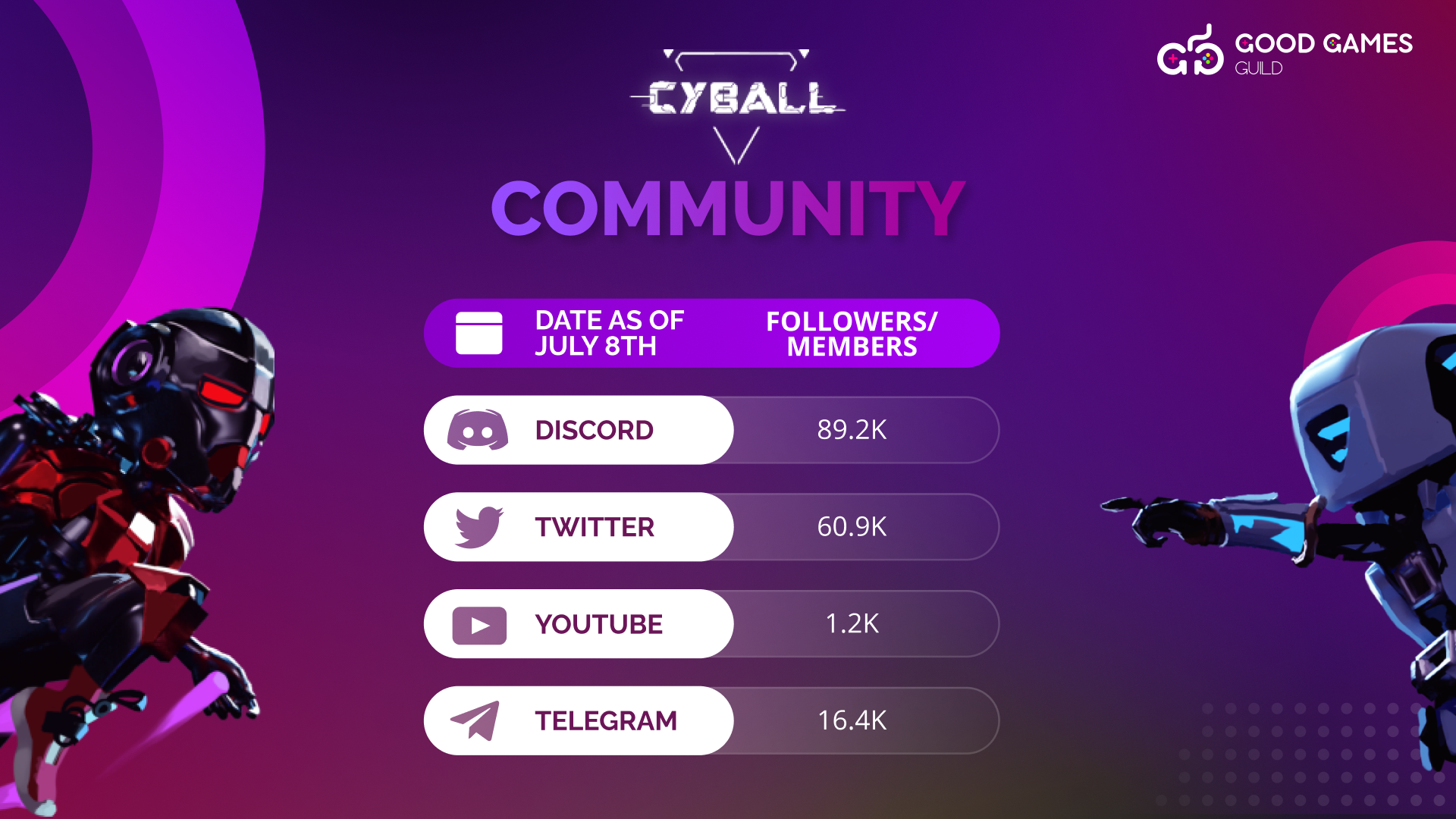